Evolution of each key component sharpens the blade of this advanced machine for racing battle.

The V-ONE R4 series has a reputation built on proven performance in major races in Japan and around the world. Since its release, the V-ONE R4 has maintained its racing edge through continuous improvement and now takes an evolutionary step with the new Evo.2. Based on the previous Evo. platform, key components such as the main chassis and upper deck have been redesigned in the new V-ONE R4 Evo.2 for optimal rigidity and superior performance with modern high-power engines. Increased mechanical grip is achieved independent of tire grip and complies with race regulations with controlled tires. The V-ONE R4 series is renowned for its low center of gravity, which is further enhanced by short oil shocks that deliver increased cornering speed on high-grip surfaces while preventing highside. Improvements to the clutch and brake rotor are further improvements in the R4 Evo.2, making it the perfect machine to experience high-performance racing in events such as the Sports Class at the 2018 JMRCA 1/10 Engine Touring Car National Championship.

Retains the best of the V-ONE R4 Evo. with enhancements through the redesign of critical components. Steering post revised for optimal Ackerman ratio and improved cornering speed. 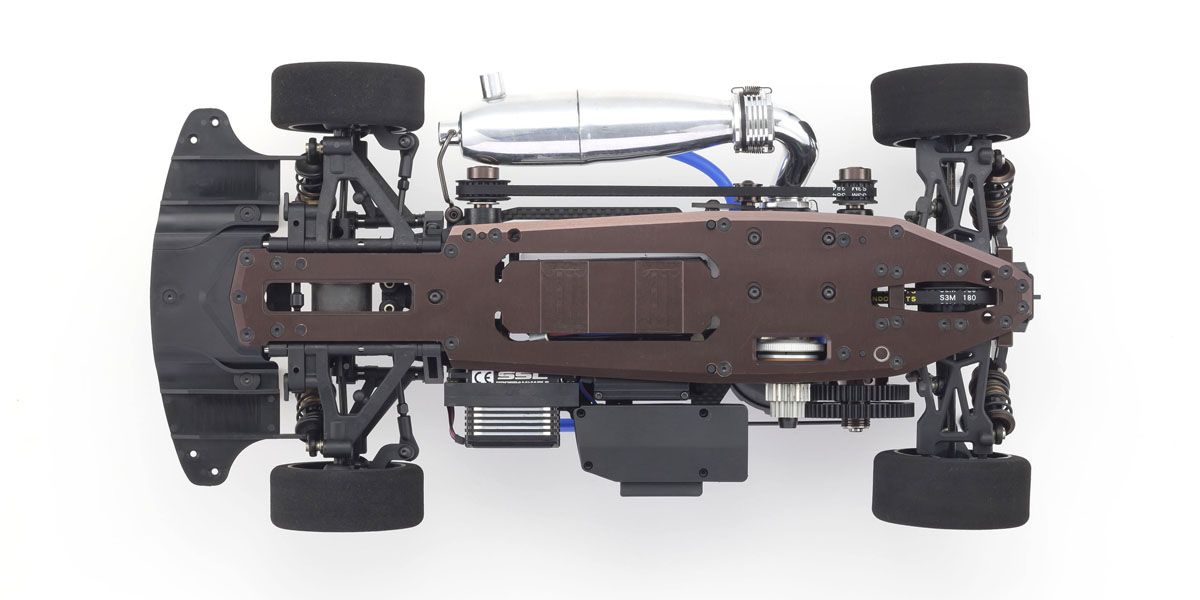 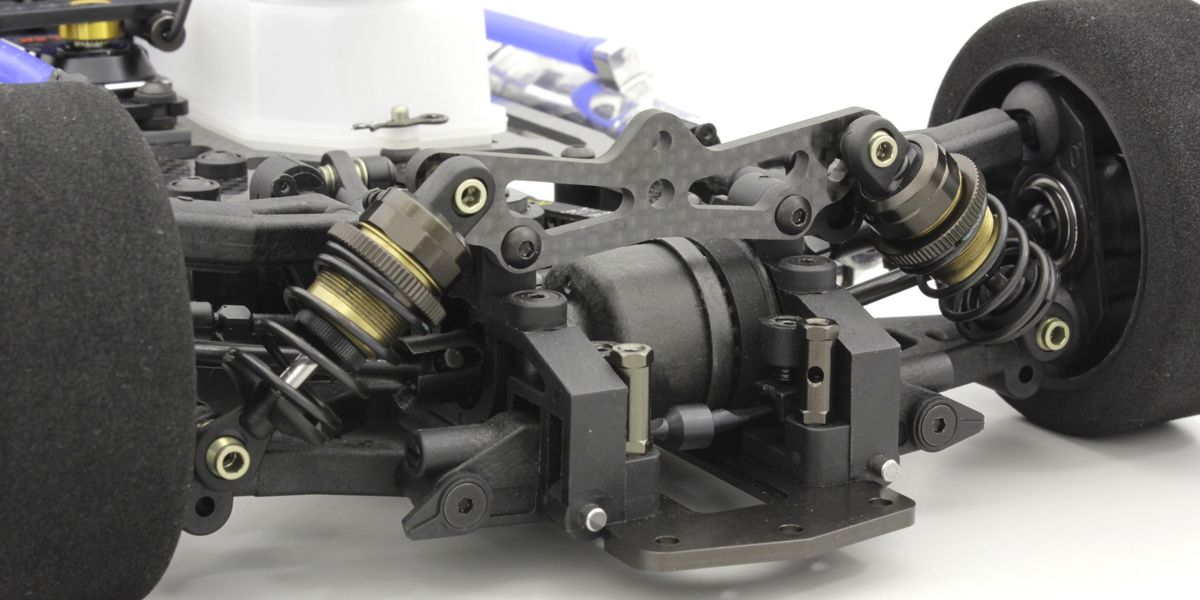 Shorter oil shocks on front and rear realize lower center of gravity to improve cornering speed. Shock springs are also included as standard and are optimized for use with sponge tires. 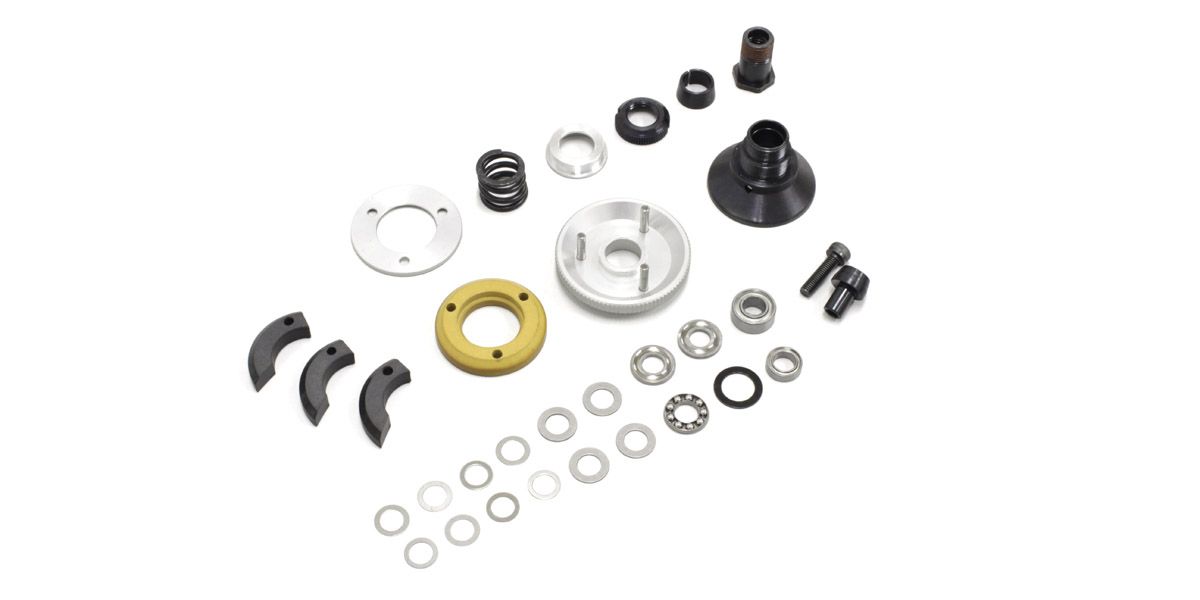 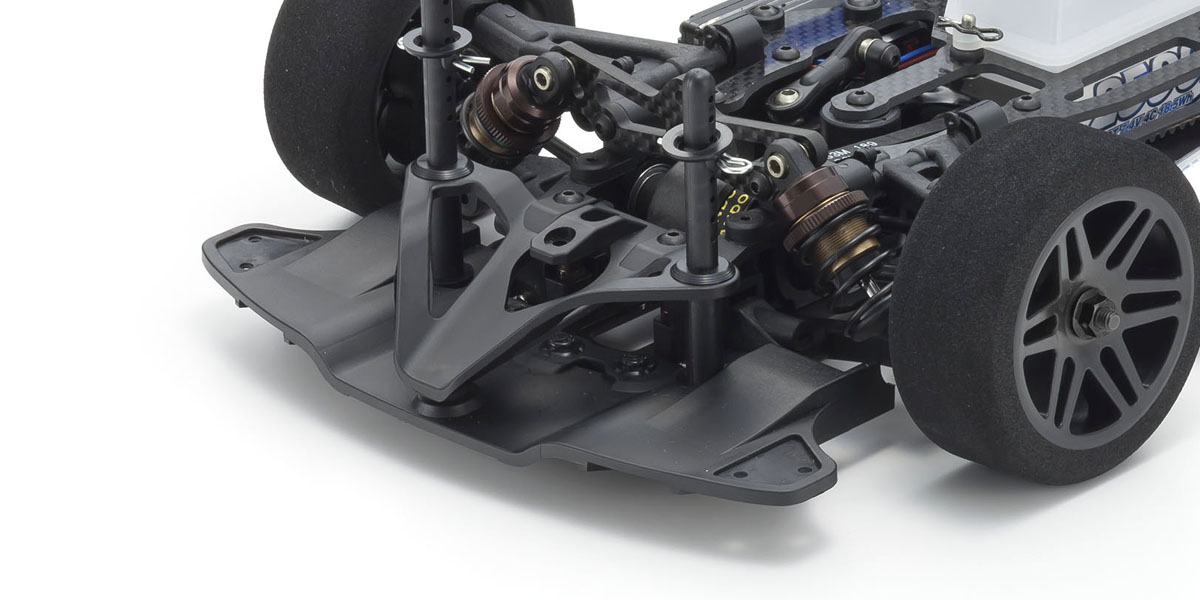 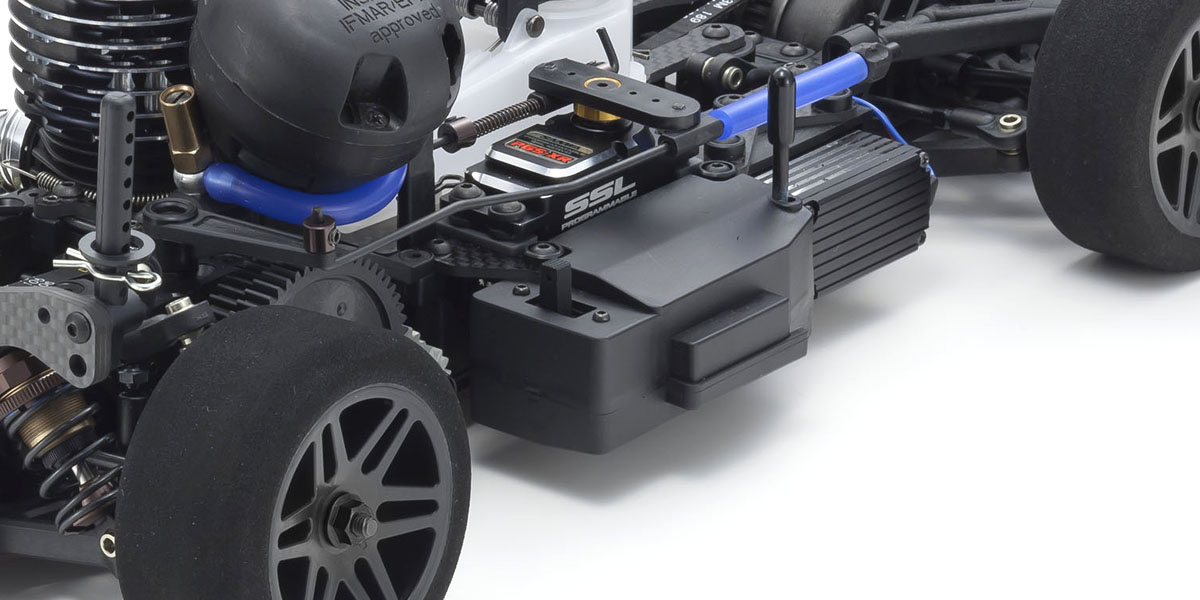 Compact radio box protects the receiver and wiring from crash damage and fuel splashes during refueling.