This loyal old soldier is honored for its defense of England.
Lightweight Balsa Structure! Equipped with retractable landing gear with built-in suspension.

Regarded as somewhat outdated when it was launched, the Hawker Hurricane actually surpassed the more powerful Spitfire in many respects. Perhaps this was simply because some key parts were still made of wood, the old-fashioned way, but the resulting lightweight and strength produced mild control and excellent low speed performance loved by many pilots. The Hurricane s legendary performance during the Battle of Britain is captured in this handy 50-class recreation. With the high rigidity and lightweight of the balsa rib main wing and fuselage, and the same 19% thick Clark YH airfoil with its gentle taper ratio, the concept of easy-to-fly scale airplanes has been redrawn. Once you are through flight trainers, this Warbird provides the natural progression to your next step up in model flying. Optimal center of gravity is achieved with a standard R/C system so no weight adjustment is required to deliver the airplane s nimble flight control. Recreating the formidable style of the original, this Hawker Hurricane is covered in camouflage printed Oracover film and includes special spinner and pilot figure with 3D instrument panel. Retractable landing gear with built-in suspension and large area flaps are also equipped on the near fully assembled fuselage that only requires a short time for completion. Realistic in appearance and flight performance, the Hawker Hurricane makes it easy for anybody to experience the thrill of scale air battle! 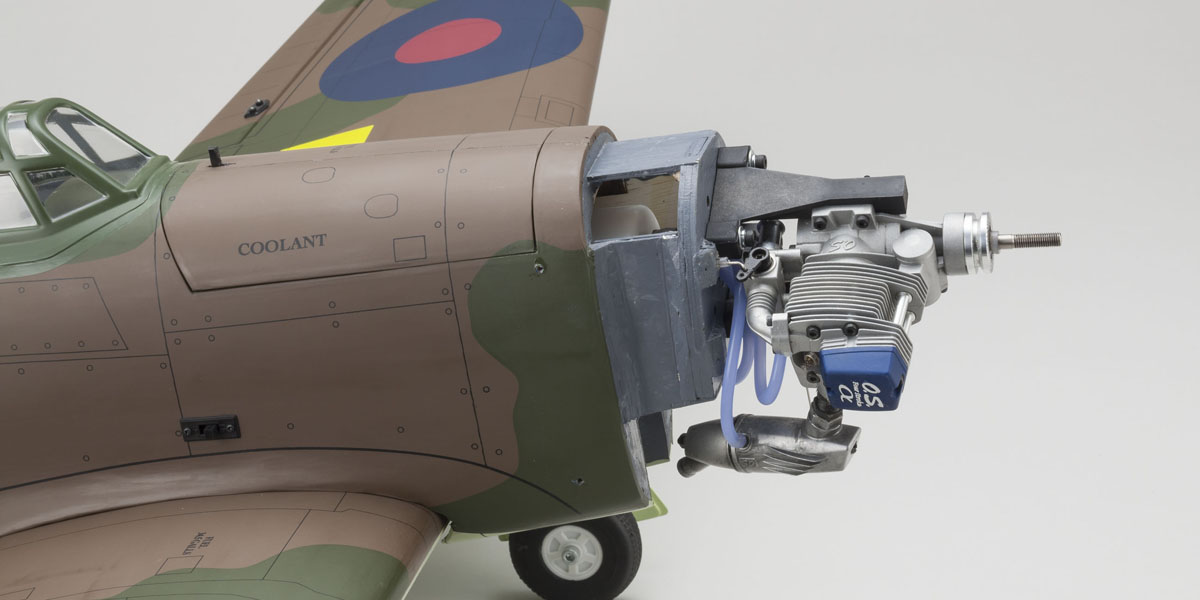 Realistic nose shape is realized with the diagonal engine mount and slight exposure of engine head and muffler for cooling. 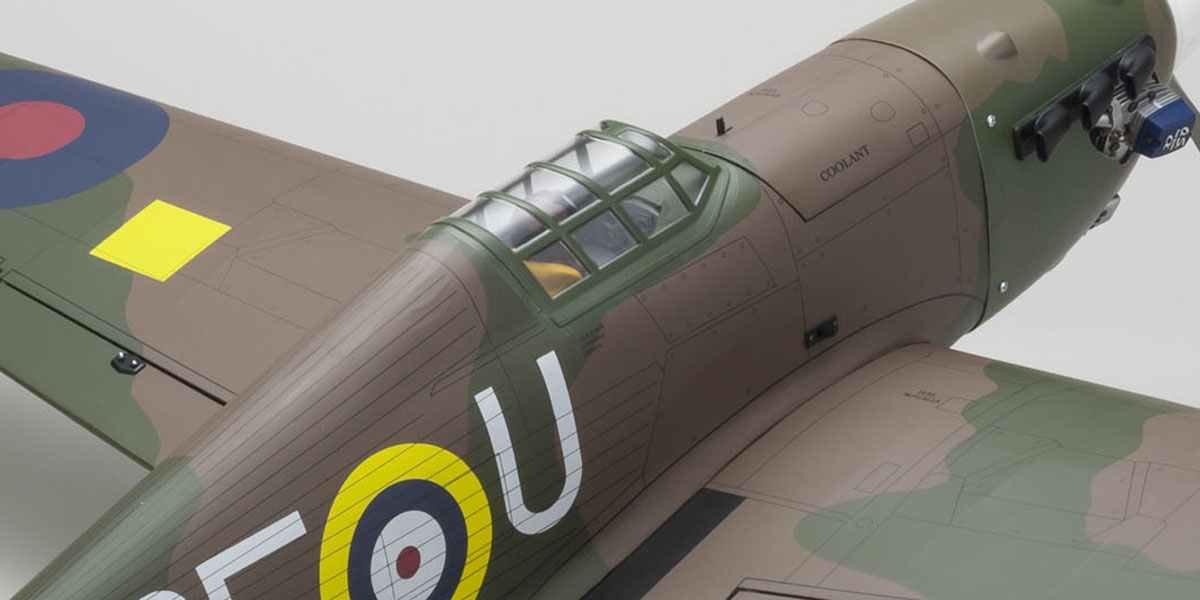 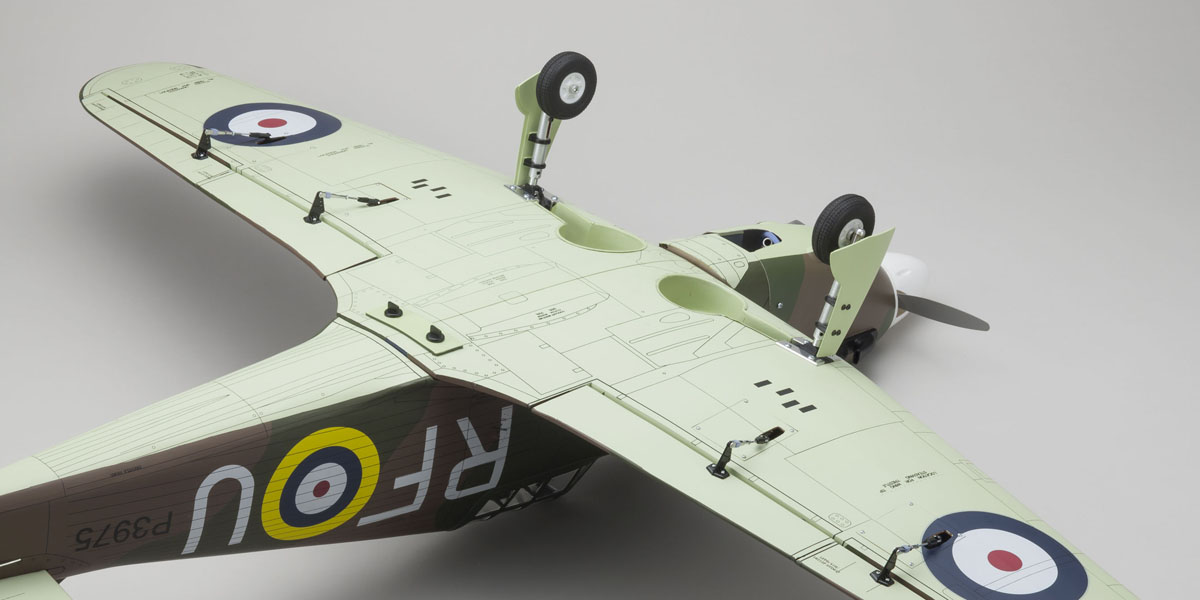 Retractable landing gear is controlled through a single servo and features real suspension function that absorbs unevenness of the airfield surface. 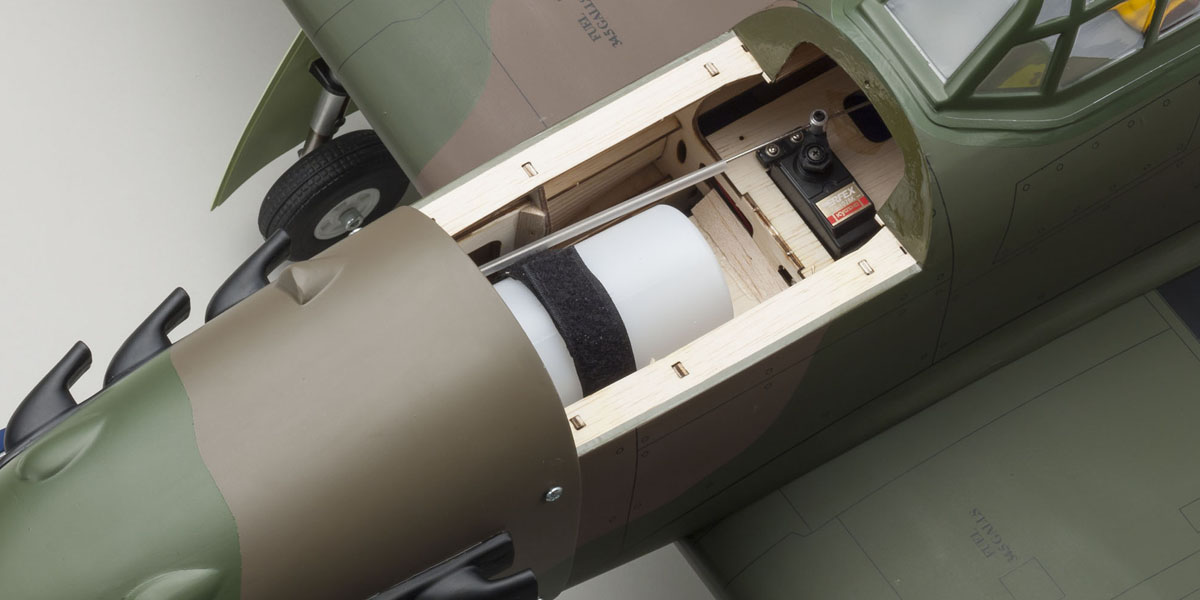 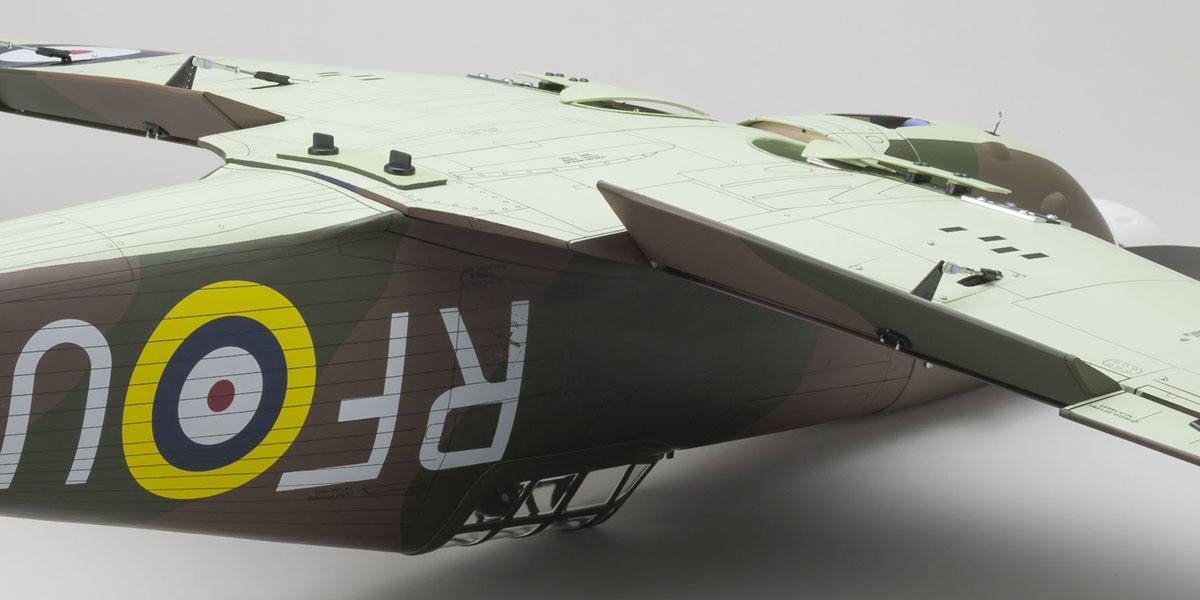 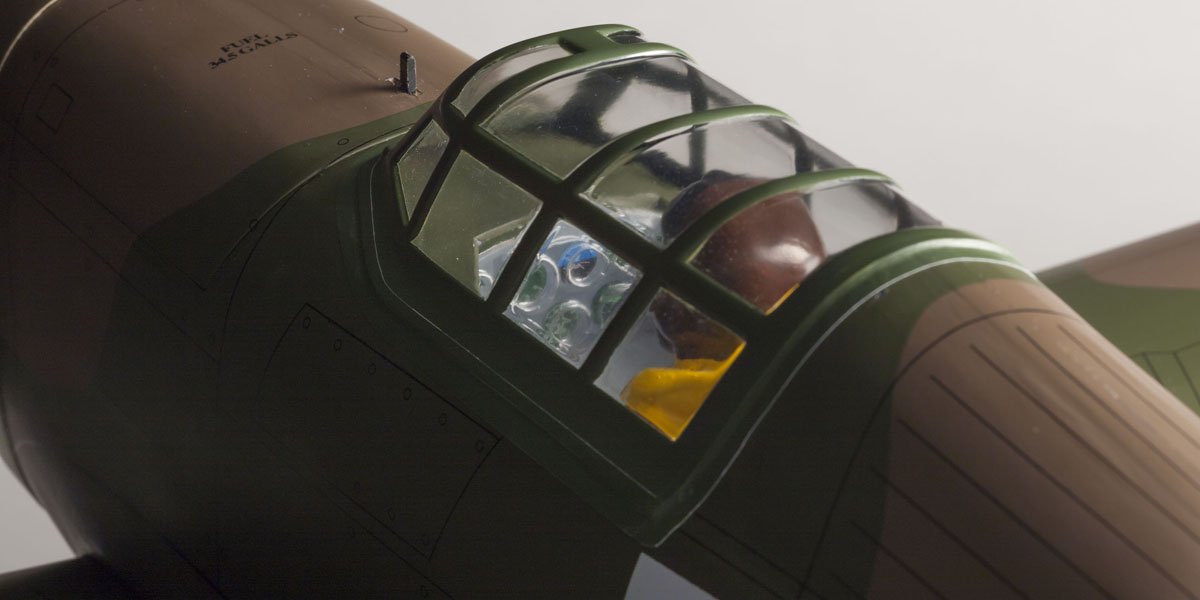