The iconic WWII allied fighter including retractable landing gear and functional split flaps.
The classic lines and superior flight performance is captured in this 50-size model !

The legendary lines of Spitfire are alive again in the form of this sophisticated, detailed reproduction of one of the most popular WWII fighters in history. This new Kyosho Spitfire remains faithful to scale, while maintaining a high level of performance - it flies as well as it looks. The manufacturing process is complicated; with strong ribbed wings and fuselage that feature a thin balsa skin over its surface. This helps to reinforce the various sections of the wing and fuselage, while providing a smooth, flat surface to which the detailed covering is attached. This new Spitfire features a flat, low glare finish on Oracover film. Oracover is known for its high strength and a tight fit that endures the elements. The camouflage, panel lines and other details are printed on the film, which ensures a clean and highly detailed appearance that is unrivalled in its class for looks and durability. A painted pilot figure fills the cockpit, which itself is adorned with many gauges and instruments for that extra level of detail. If that s not enough, the new Kyosho Spitfire also includes functional split flaps with the look and feel of the flaps on the full-size aircraft. There is also shock-absorbing retractable front landing gear, with a spring-equipped steerable tail wheel for smooth and maneuverable ground control. It comes ARF style with all the major assembly and finishing completed. You simply need to install the power and radio systems of your choice, and you ll be the envy of the flying field. This is best suited for intermediate to expert pilots who are comfortable flying multi-channel aircraft. 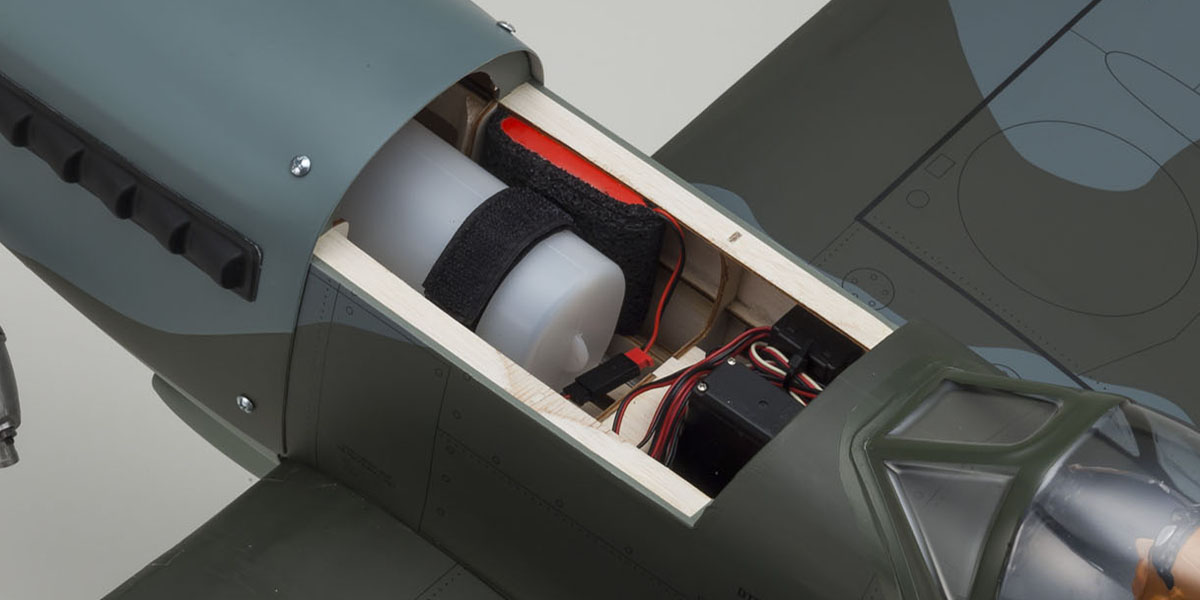 Lightweight fuselage, main and tail wings in this ARF kit are pre-covered in Oracover film.

Split flap is equipped standardly. The practical use which expands the width of a flight is possible as well as the time of taking off and landing. 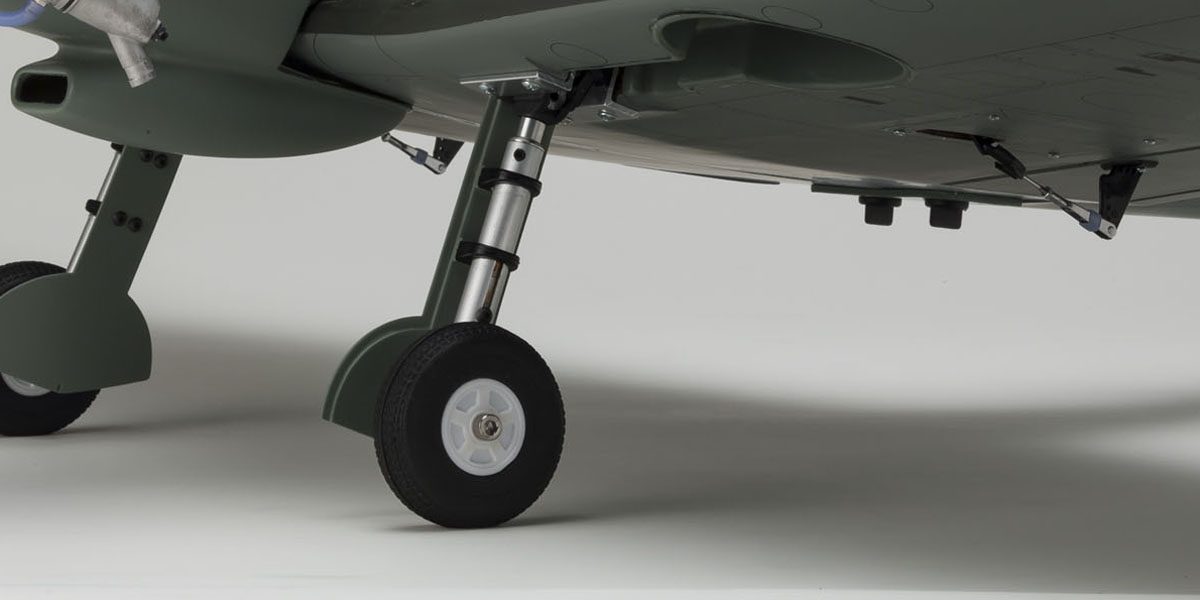 Hatch opens and closes to store main struts and tires. Independently operated servos recreate the movement of the original airplane. 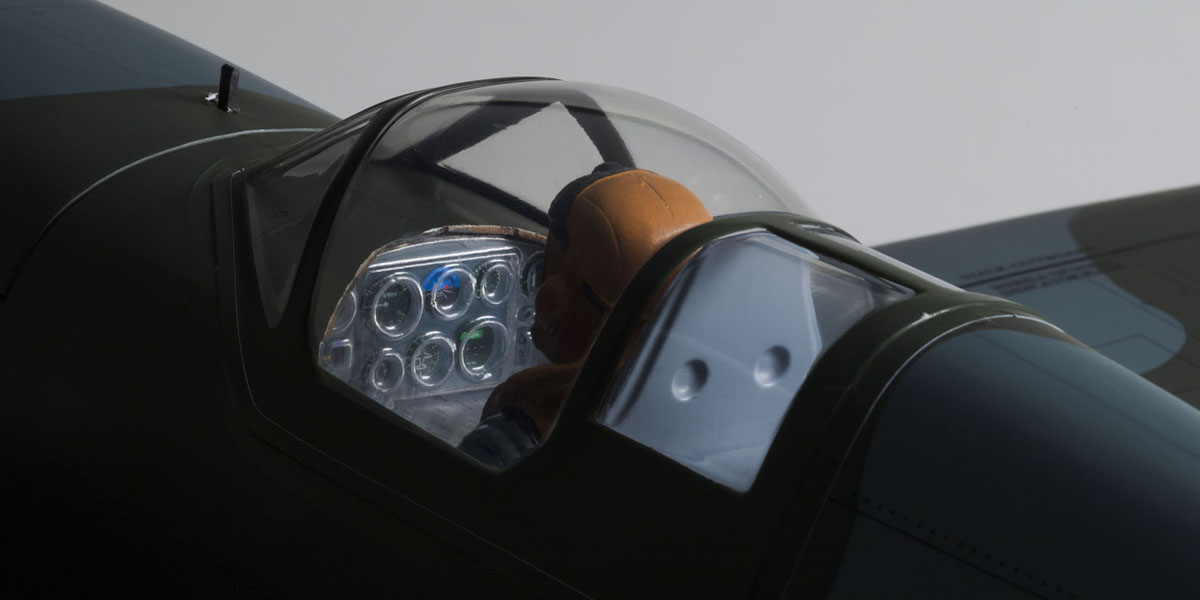 In addition to the pilot figure, and reproduce the already mounted and the actual realism cockpit also the instrument panel of stereolithography.