This Futaba 4PM transmitter and double receiver unit set can be used with the separate receiver specifications of the MR-03EVO and MA-030EVO. Previous MINI-Z versions were equipped with an integrated receiver, servo and speed controller unit, however the MA-030EVO separates the receiver so other transmitter-receiver combinations can be used. This set includes two receiver units and the popular mid-range Futaba 4PM transmitter, which has upgradable software and a light balanced feel that’s easy to use for long periods without becoming fatigued. Unique specifications including the red LED pilot lamp (standard model is blue), and ‘MINI-Z EVO’ vertical logo on the backlit LCD when the power is turned ON/OFF are only available in the premium 4PM transmitter included in this set. Installing the receiver units is easy and as there are two included, its ideal for those who have more than one EVO series chassis model. 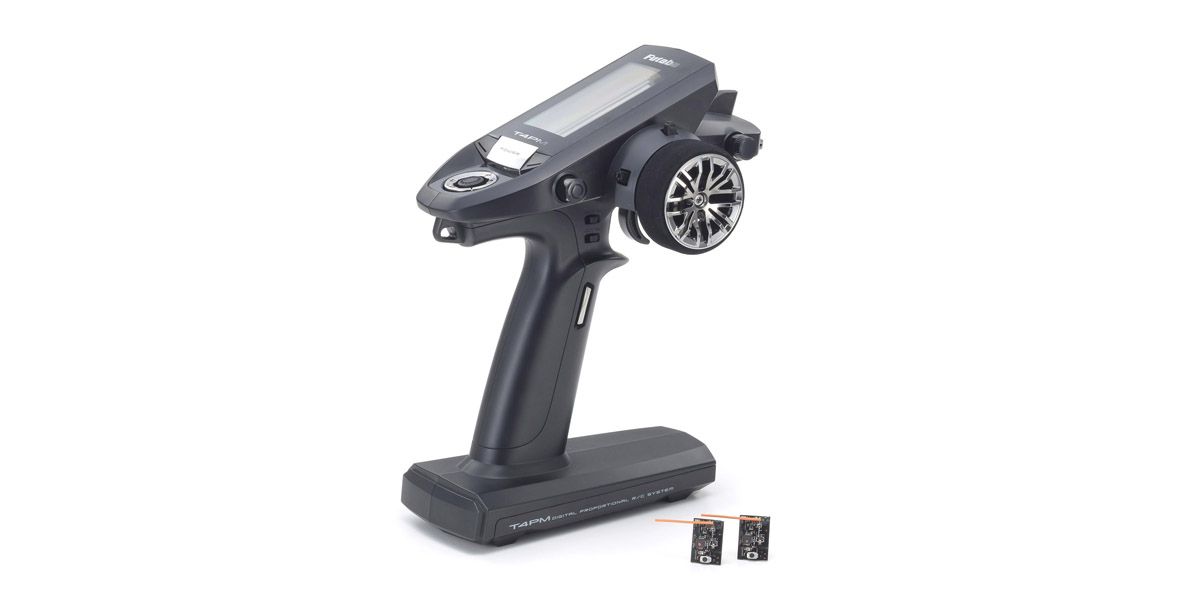 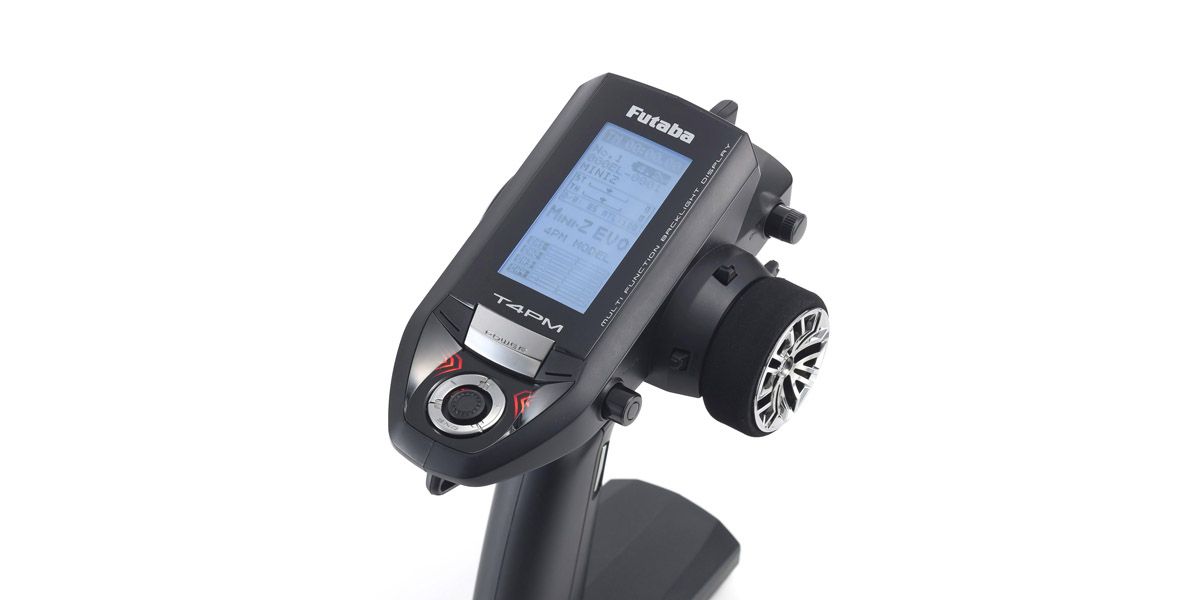 Special specifications of this set include red LED instead of the standard specification blue pilot lamp that lights up when 4PM transmitter power is switched ON/OFF. 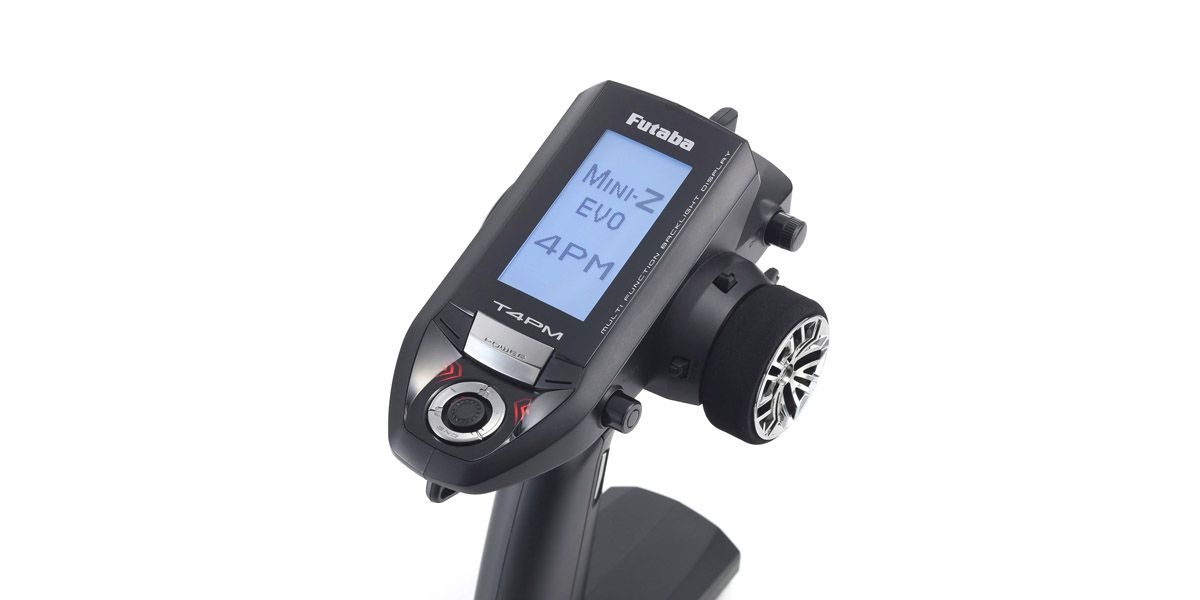 Vertical ‘MINI-Z EVO’ logo is displayed on the backlit LCD when the 4PM is switched ON/OFF. In addition to the red LED pilot lamp, this special feature is only available in this set.